Ever have a situation where you have spent time getting your chart or charts to look nice, then try to use different data ranges in these charts? You’ve discovered that there’s no easy way to approach this change. At least there’s no easy way built into Excel, but there is a utility that can make the task easier.

You’ve made a gorgeous chart of the data in Sheet1. You copied the chart from Sheet1 to Sheet2 so you could plot Sheet2’s data in the same splendor. And you hit a snag: the chart on Sheet2 refers back to Sheet1’s data. There are two ways to correct this:

You’ve charted data in rows 1 to 100 of your worksheet. Then you’ve updated the data so it reaches down to row 150. Your wonderful chart only shows data down to row 100. There are three ways to correct this:

These new algorithms have been incorporated into the Change Series Formula function of the Peltier Tech Charts for Excel 3.0, both Standard and Advanced Editions. 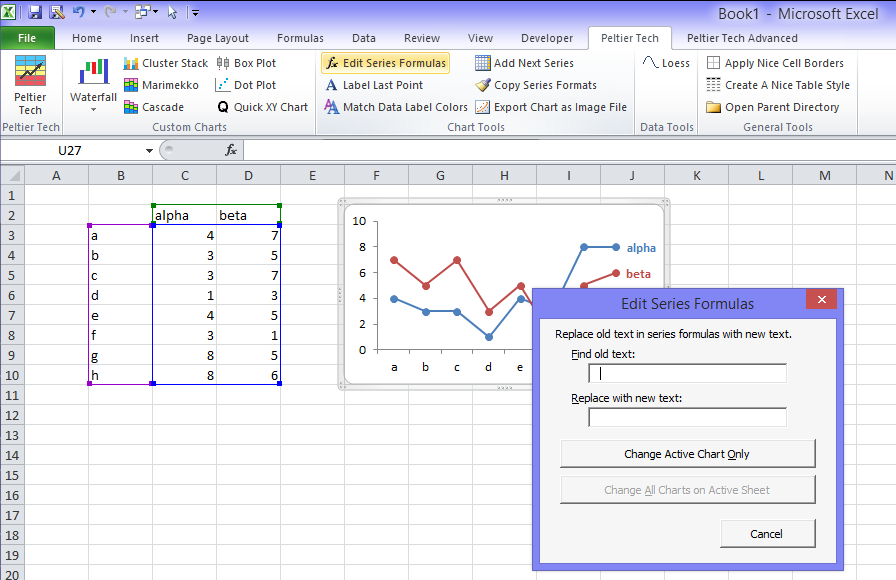