My daughter asked me about her physics homework the other night. The problem was to determine the relationships describing how long it takes water to drain from a hole in the bottom of a bucket given various hole diameters and initial water heights. Given the derived relationships, the student was to determine the time to drain a bucket with a hole of diameter 4 and initial height of 20. The data is shown in this table; presumably diameter and height are in cm and time in sec.

The first step is to plot the data using XY charts. Below we see time to drain vs height for various hole sizes and time to drain vs hole size for various diameters. This was easy: select the range of data, including the top row (with numerical heights but not the “height” label) and left column (with numerical diameters but not the “diam” label, then create an XY chart. Use the data in rows alignment to get the first chart, then copy the chart, and switch to data in columns. END_OF_DOCUMENT_TOKEN_TO_BE_REPLACED 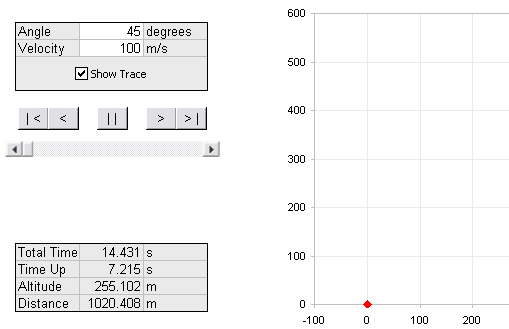 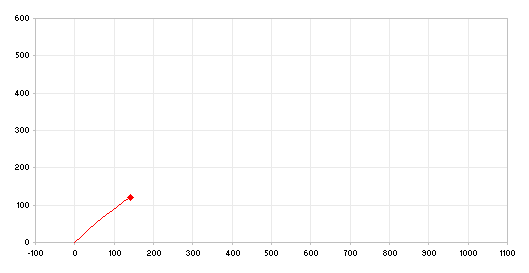 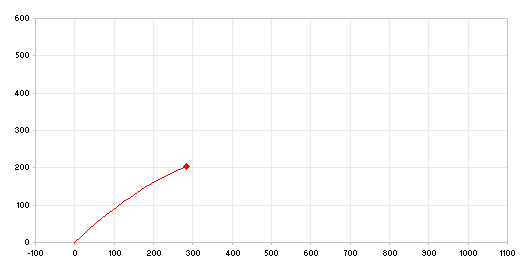 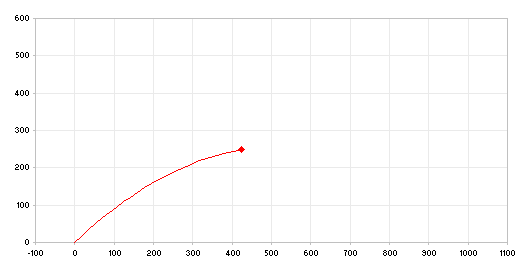 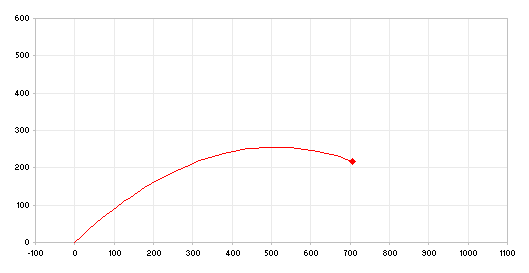 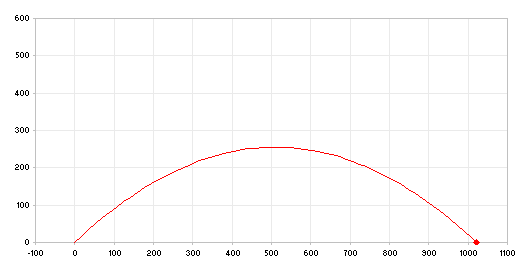 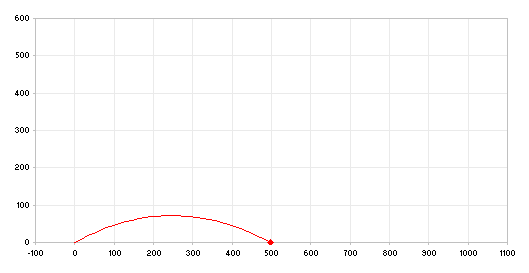 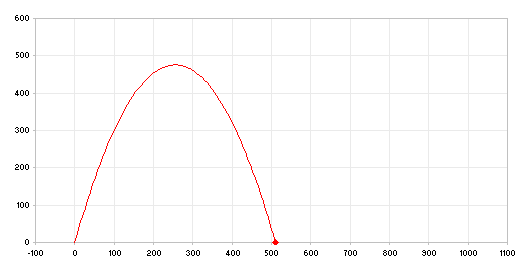 A high school physics teacher was asking questions in the Excel programming newsgroup about his VBA procedure that accepted input values (time, position, velocity, and acceleration) from the workbook, calculated values of position and velocity vs. elapsed time, and charted the results. I answered a couple of his VBA questions, but I suggested that he change his approach to use worksheet formulas. I decided that it would be a good blog topic, so here goes. 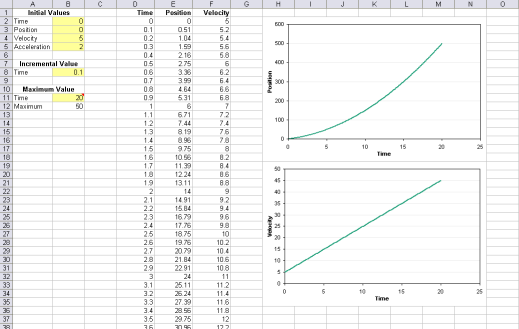