One of the mysteries of modern life is the order in which series appear in the legend of an Excel chart. People have been driven mad while attempting to reorganize legends in their charts. I’ve spent years working with Excel charts, and I’ve made some observations and generalizations about Excel chart legends. These are only valid for charts in Excel 2003 and earlier, as there seem to be some substantial differences in behavior introduced by Excel 2007.

Before presenting the rules for legend entry order, a couple of terms need to be defined:

When you manually reorder series in a chart, the series available for you to reorder at any given time are all part of a single chart group. You won’t even see other series in the list.

Here are the rules for legend entry order, in vertically listed legends, for charts with horizontal category (X) axes and vertical (Y) axes. The rules are explained and illustrated in the article below.

Effect of Series Type on Order of Legend Entries

Series are listed according to chart type, regardless of their plot order. The order of chart types in the legend is area, then column or bar, then line, and finally XY. This matches the bottom-to-top stacking order of the series in the chart.

Here are two combination charts with the same chart types. The area series is listed first and the line series is listed last, regardless of the plot orders of the series (the number at the beginning of the legend entry label). 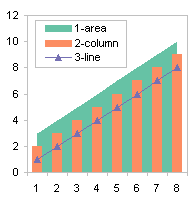 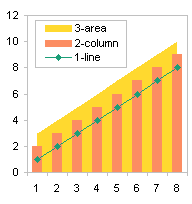 Effect of Axis on Order of Legend Entries 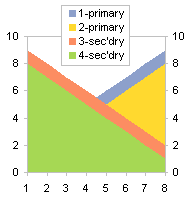 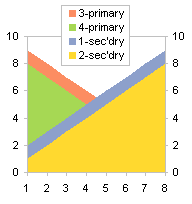 This relationship is true as long as all series are of the same chart type (e.g., all are area, column, or line chart series).

Effect of Series Type and Axis on Order of Legend Entries

If the combination chart has series on both primary and secondary axes, the plot order is dictated first by chart type, then within each chart type by axis. A combination of series that share chart type and axis is called a chart group.

The area chart series in the charts below are listed first, whether they are plotted on the primary or secondary axis. 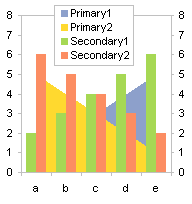 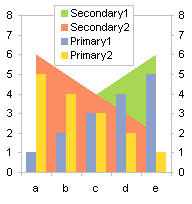 Generally series are listed in the legend in the order they are plotted. However, in vertically stacked charts (line, column, and area), if the legend lists the series vertically, the entries are reversed so they match the stacking order: series one on the botton, series two above series one, etc. In the following examples, the series are plotted in the order one, two, and three. 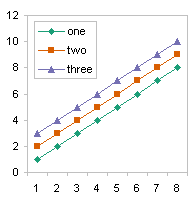 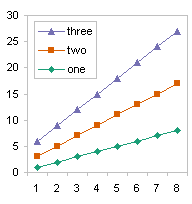 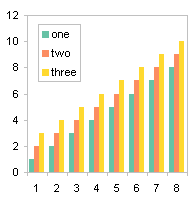 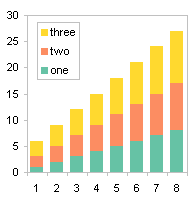 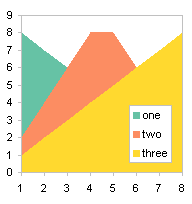 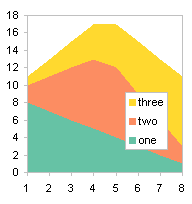 The order of all series within a chart group is reversed if the first chart group listed in the legend is stacked. 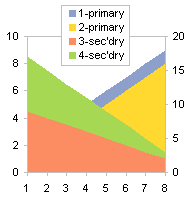 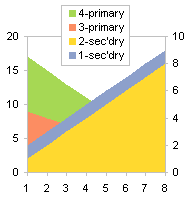 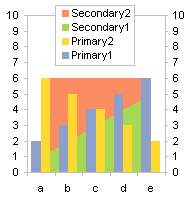 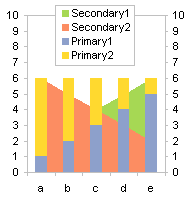 Here are a clustered bar chart and a stacked bar chart, with series listed in the order they appear. 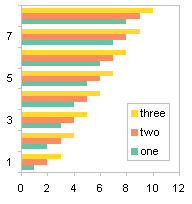 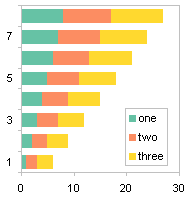 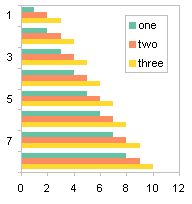 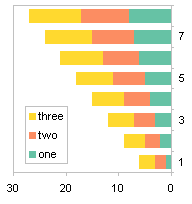 This reordering of a legend based on a reversal of the order of an axis only appears in a bar chart with a vertically aligned legend.