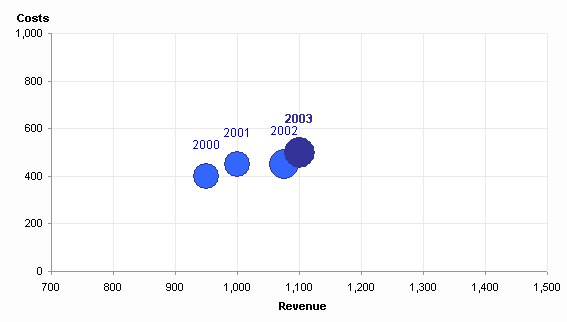 I modified the data somewhat, since it was made up anyway, so that the path traced by the moving bubble was more continuous. I also defined some names in the worksheet which contain the whole series of data from the first point up to the point where the moving bubble has reached.

Here is a summary of the names, if you’re playing along at home. The first three names were present in the first version of this chart, and were used by the VBA program in its interpolation routine. The next three names are the X and Y values and the Diameters for the bubbles. Finally, I’ve included the chart series formula for the new series.

The workbook can be found in GapminderII.zip.