There is a handy feature of Excel that makes it easier to manipulate the source data of a chart. When the chart is embedded in the same sheet that contains its data, and the data range is “well-formed” (I’ll define this later), the data range is highlighted with up to three rectangular outlines. 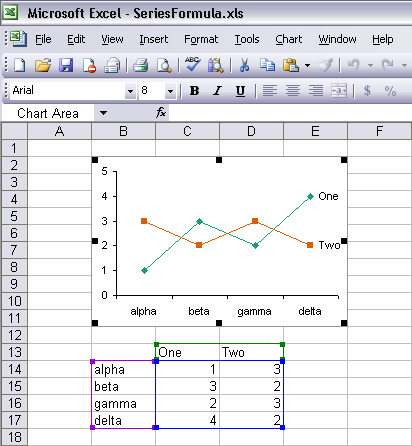 … and when the plot area of the chart is selected. 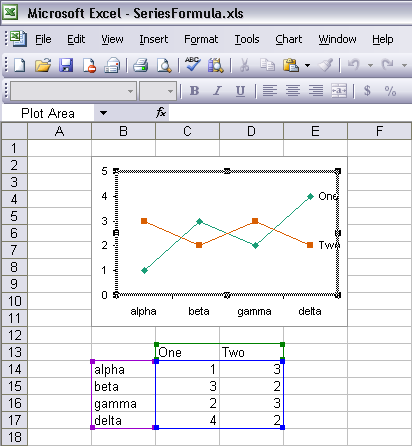 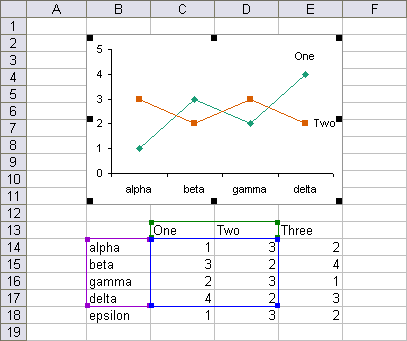 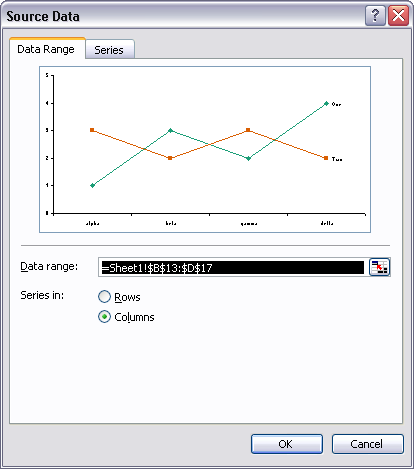 and in the Chart Data Range input box in the Excel 2007 Select Data Source dialog. 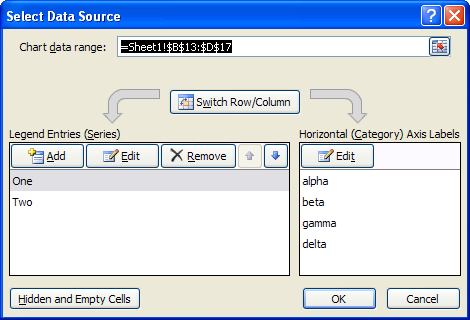 When focus is on these input boxes, the source data range is outlined with the “marching ants” border. 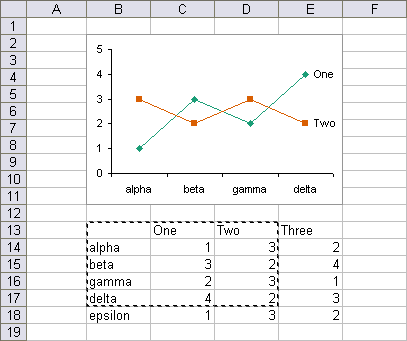 The source data range is “well formed” because it is defined by the intersection (below, dark gray) of entire rows and entire columns (light gray). The series names and the X values are aligned with the Y values.

Not only do these highlights show the location of the chart data, they can be manually adjusted without opening a dialog or editing the series formulas.

When the mouse passes over the cornerof a highlighted region, the border becomes thicker, and the cursor is replaced by the northwest-southeast arrow icon, indicating to an alert user that the range can be resized. In this view, the range has been stretched by one row and one column. 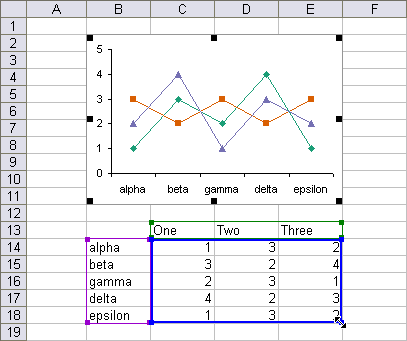 When the mouse passes over the edge of a highlighted region, the border becomes thicker, and the cursor is replaced by the four-arrow icon, indicating that the range can be moved. 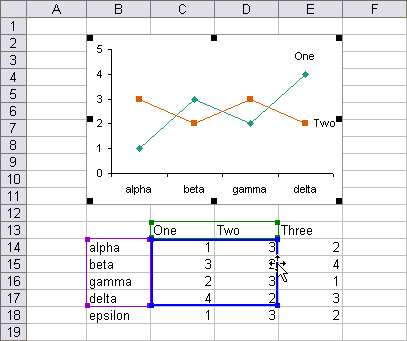 The screen shot below shows the Y values range dragged one row down and one column right. 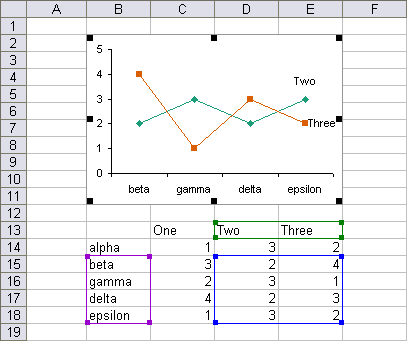 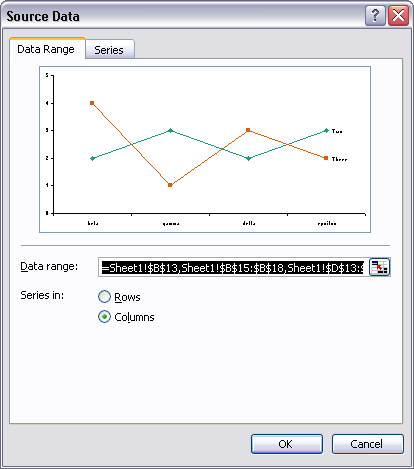 as does the Excel 2007 Chart Data Range input box. 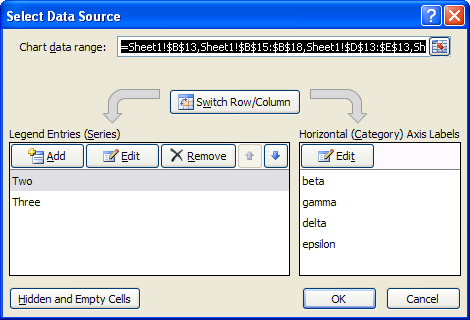 This areas of this multiple-area range are surrounded by the marching ants. 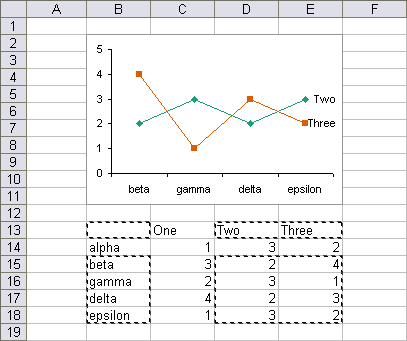 We can show that although the range consists of multiple areas, it is still well-formed. The areas of the range can be defined by the intersection of entire rows and entire columns.

What happens when the range is not well-formed? In the following, the Y values range for series Two in the range above chart has been offset one row upward (pink).

This offset has disturbed the neat arrangement of the chart’s source data, and Excel cannot readily display such a range. Instead, Excel 2003 explains that the data range is too complex to be displayed, and warns you that if you select another range, it will wipe out all of the series you’ve painstakingly added to your chart. 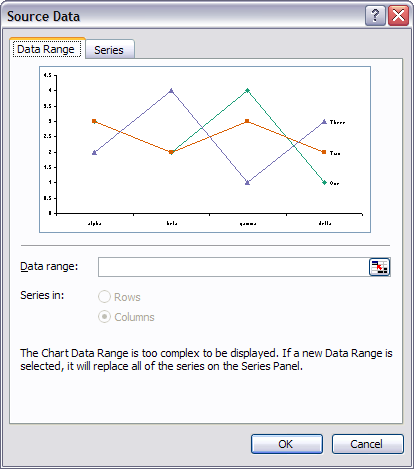 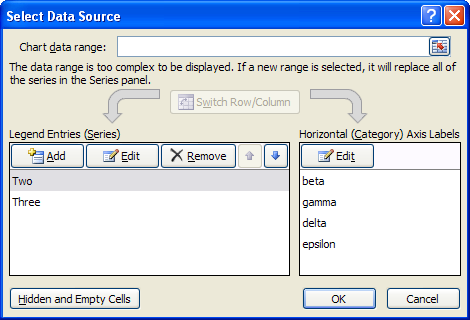 I hope this feature will make your charting gymnastics easier. In a future post I’ll show how you can use related highlighting that shows the name, X values, and Y values of a single series when it is selected.