I heard a rumor that Excle 2010 had expanded limits to how many points you could plot in a chart. From Excel 97 through 2007, you were limited to 32,000 points per chart series, and 256,000 points per chart. As far as I was ever concerned, this was more than enough points to make a chart unreadable. Most charts have a plot area less than 250,000 pixels. The plot area in the following chart, which I’ve shaded yellow, is rather large, 605 x 423 pixels, or 255,915 total pixels. If every point is one pixel in size, and no points overlap, you couldn’t fit them all into this chart. 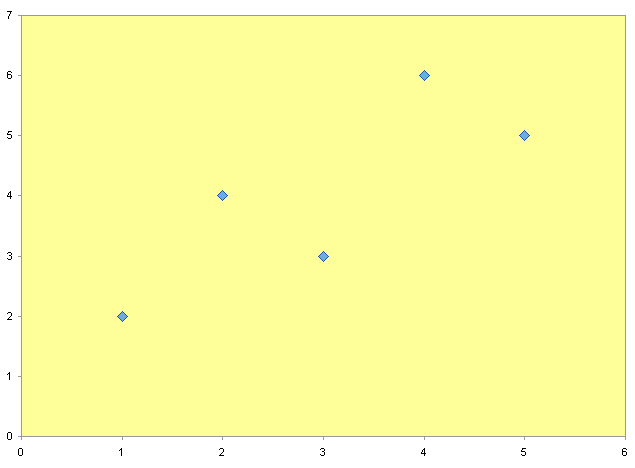 Number of Points in a Series

Despite the limited utility of cramming data points on top of each other, I thought I’d investigate the rumored new limits. Here’s an Excel 2010 chart with 100 points; I’ve used the row number for X and 1/(row number) for Y. 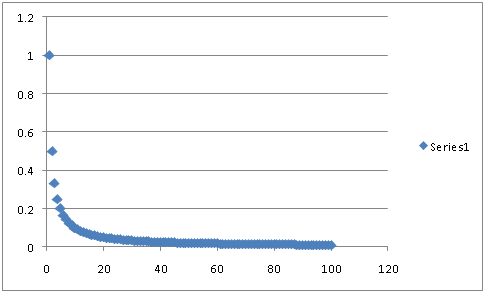 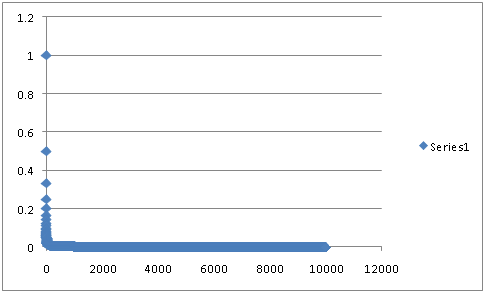 Keep piling on. Here’s a chart with 32,000 points, the maximum allowed in a series in earlier Excel versions. 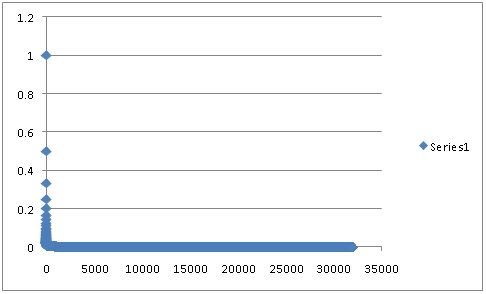 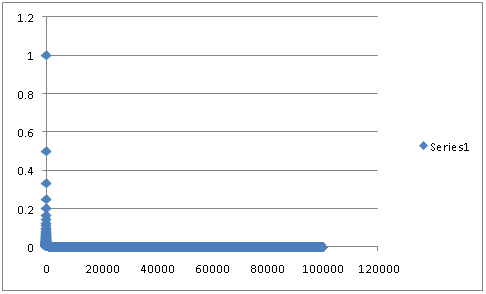 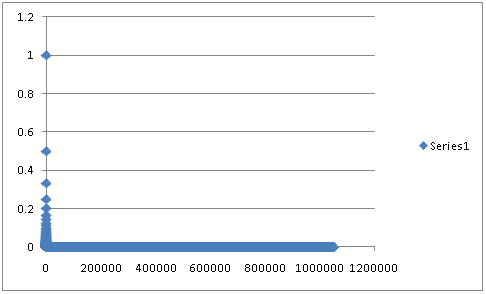 Check out this unique chart series formula. It uses the entire columns in the definitions of X and Y. 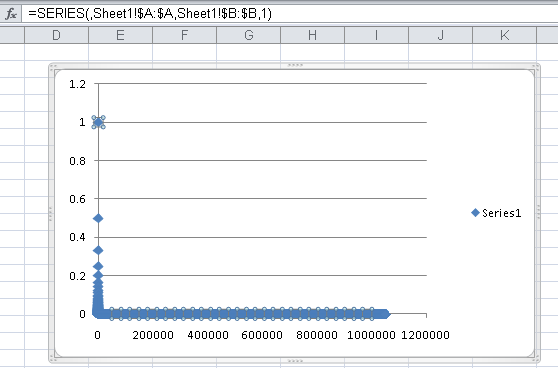 Number of Series in a Chart 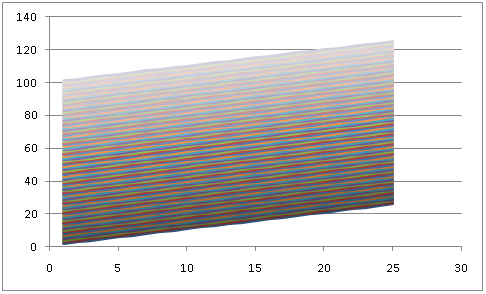 Here’s the same chart with 255 series, the maximum number of series in a chart in prior versions of Excel. 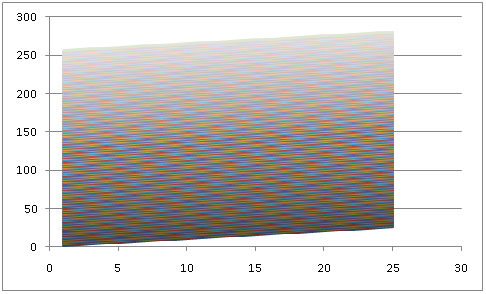 I tried adding more, and learned I’d exceeded the limit.

The total number of points allowed in a chart has obviously increased, since the old limit of 256,000 points is smaller than the new limit on points per series. Since drawing one series with a million points took over a minute, I did not have time to explore this limit. (Hmm, I also didn’t check whether the help files have yet been updated with the new limits.)